Video is the future but are accountants ready?

Home > Career > Video is the future but are accountants ready? 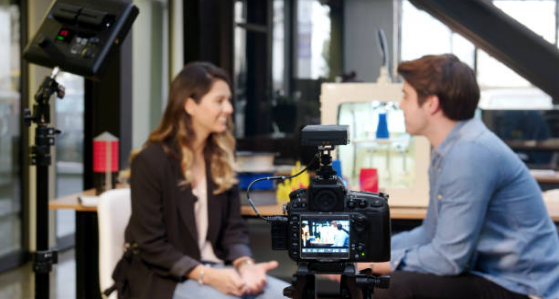 Video is the future but are accountants ready?

Video has been hailed as the future of marketing – but as a job traditionally done by introverts, can accountants adapt?

A brief scroll through your LinkedIn feed and you’ll find a whole host of accountants, accountancy company‘s and thought leaders talking to their phone camera

One reason for this vlogging saturation is that LinkedIn weights video content over everything else. Accounting coach Heather Townsend said her high performing Linkedin videos could get more than 5000 views in a week.

“I can’t get this sort of reach on any other platform or using just the written word,” she said.

Video is the future

With this kind of potential exposure, it’s no surprise why accountants have unleashed their inner-Kubrick behind the camera. Firms like Mazuma Accountants have shown their firm’s personality through a hilarious Blue Peter-type video spoof.

“Good videos are very shareable and easily digestible on smartphones and other devices,” said Lucy Cohen, the co-founder of Mazuma. “They’re a perfect way for us to communicate with our audience on their terms and when they want.”

Others like Soaring Falcon Accountancy’s Alex Falcon-Huerta use video to help clients get to grips with new technology. During April’s Accounting Excellence webcast Huerta discussed how her video how-tos have helped clients, as well as limiting her workload.

“If they’re stuck on something it’s easy for us to record how-to, send it across and its easier than typing up a process on ‘this is how you go here’,” she said.

Jo Tomlinson, the founder of Business Works, also has this medium on her mind. “Video is the future,” she concluded on her return from last year’s QuickBooks Connect in San Jose. “It’s about finding the mediums which will get people to listen to the messages you’re trying to get out there.”

It takes more than a tripod

But creating a compelling video takes more than a tripod, camera and the bare bones of a script. It takes confidence. But over the years accountants have been painted, unfairly or not, as retiring introverts.

Given the introverted practitioner’s propensity for shunning the limelight, the reality – as exemplified by the differing quality of Linkedin videos – is for these videos to go horribly wrong.

As demonstrated in last year’s marketing events trend, there is a crossover here with accountants’ relationship with public speaking: the thought of speaking in front of a group – whether that’s 100 people or a 1000 – can terrify people. Whether its public speaking or speaking on video – nervousness won’t attract clients or achieve your desired response. 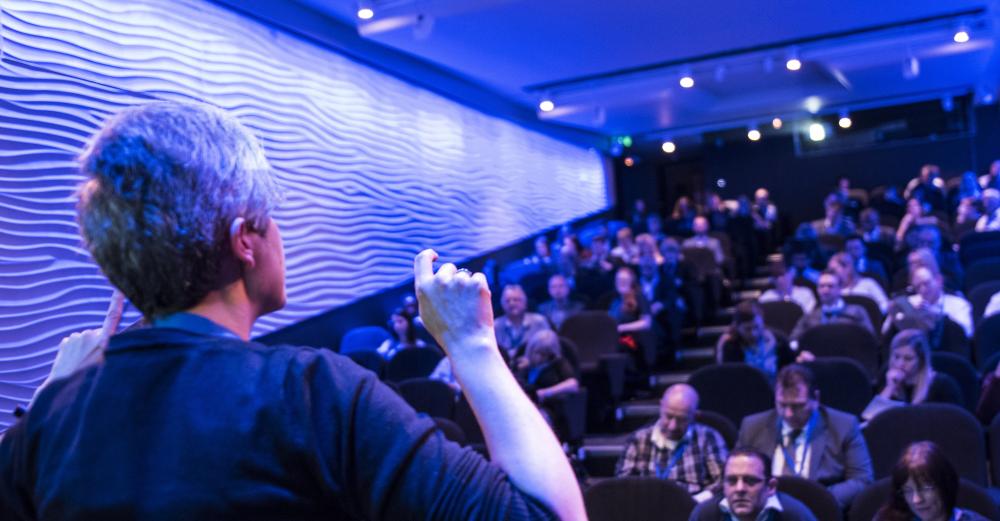 Unfortunately for accountants taking centre stage is unavoidable. But Business Work’s Tomlinson took the “whatever scares you, you need to do more of” approach to public speaking.

Forcing herself to overcome her stage fright after years working as a management accountant standing up in front of the board, Tomlinson took a role as a lecturer at Huddersfield University.

One evening every week she’d stand up in front of 50 people and teach. So when Tomlinson started her business she’d partner with a bank and do a joint event or run seminars for limited companies or sole traders. “Our best marketing we’ve discovered is if we do a trade show and we have a stand,” said Tomlinson.

“Trade shows often have speaking opportunities as well. So if it’s a trade show with a speaking opportunity, and I can do something technical or motivational for an hour or 30 minutes during the day. People come to the stand for a conversation because they like what they hear and they want to ask questions.

“We get more people in for meetings who then convert into clients out of that.”