The Self-Employed: Not Bothered about Brexit or Conflicted? 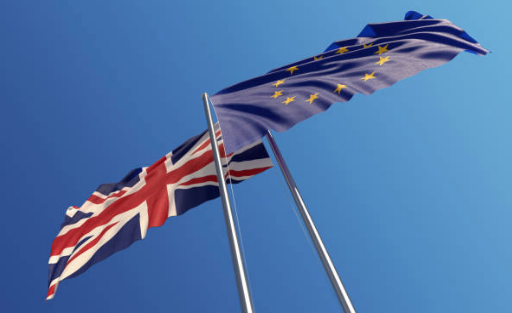 Research by Kensington Mortgages revealed that most self-employed workers aren’t that bothered by Brexit, with 63% feeling that Brexit will have no impact on their business.

However, they do seem worried about the effect of Brexit on the economy as a whole (a statistic that seems rather contradictory), with 52% believing that Brexit will have a negative impact.

With the formal deadline for Brexit now less than a year away, Kensington Mortgages surveyed over 1,000 self-employed workers across the UK to discover how they felt about the business year ahead,

While 63% believed Brexit would have no direct impact on their business, 1 in 5 believed Brexit will negatively impact their business – and 35% feel Brexit will make it harder for them to take out a loan or mortgage, with freelancers (37%) and sole traders (33%) expecting to find it the most difficult. When asked how they felt Brexit would affect the finances of the self-employed workforce as a whole, 36% considered it would have a negative effect, whilst only 20% thought it was a good thing.

The survey also indicated that the country is still divided about Brexit and that some geographic tendencies evident at the time of the EU referendum still persist. The majority of self-employed workers in Scotland (67%), London (60%) and Northern Ireland (58%) believe Brexit will have a negative impact on the economy.

However, despite having the strongest leave inclinations, 37% of self-employed workers in the East of England and 28% of those from Yorkshire and Humber said they believed Brexit would have a positive impact on the UK economy.

“The fact that such a diverse group of workers would have diverging views on Brexit is unsurprising… regardless of regional location, business size or age, the self-employed have unique day-to-day circumstances that unite them.”

“Providing this group with access to the right financing needs to be a priority for the entire industry, as we can’t afford for such a valuable contributor to the UK economy to be underrepresented.”

Mixed feelings about the year ahead

Nearly half of the self-employed workers (47%) surveyed expected to have more work in 2018 than they did last year and 42% were confident that they would make more money in 2018 than 2017, compared to just 21% who were not.

This confidence tended to be highest among respondents in the younger age groups, with 65% of 25-34-year olds and an impressive 78% of 16-24-year olds optimistic about their chances of making more money in 2018.

It also seems the self-employed aren’t as remiss in safeguarding their future finances as the media would have us believe. 42% said they could cope financially for six months or more if new work suddenly stopped coming in and 24% felt they could sustain themselves for nine months or longer.

This compares favourably with the average UK employee, who, according to research by Legal & General in 2017, only has enough savings to last them just 32 days if they lost their income.

Talking about self-employed workers, Craig McKinlay called them “the backbone of the UK economy,” and said:

“We should all take reassurance from their optimistic outlook and ability to build up their savings to cope with life’s unexpected events.”

However, he added that we shouldn’t lose sight of the struggles of the elf-employed to get mortgages.

“Of those surveyed, 27% had a residential mortgage. Self-employed workers often have unique concerns and needs, which can make it difficult for them to secure the right financial solution.”

Are you optimistic or pessimistic about Brexit’s effect on your business and the economy? Are you feeling upbeat about 2018 so far, or concerned for your business? Have you struggled to get a loan or mortgage because of your self-employed status?